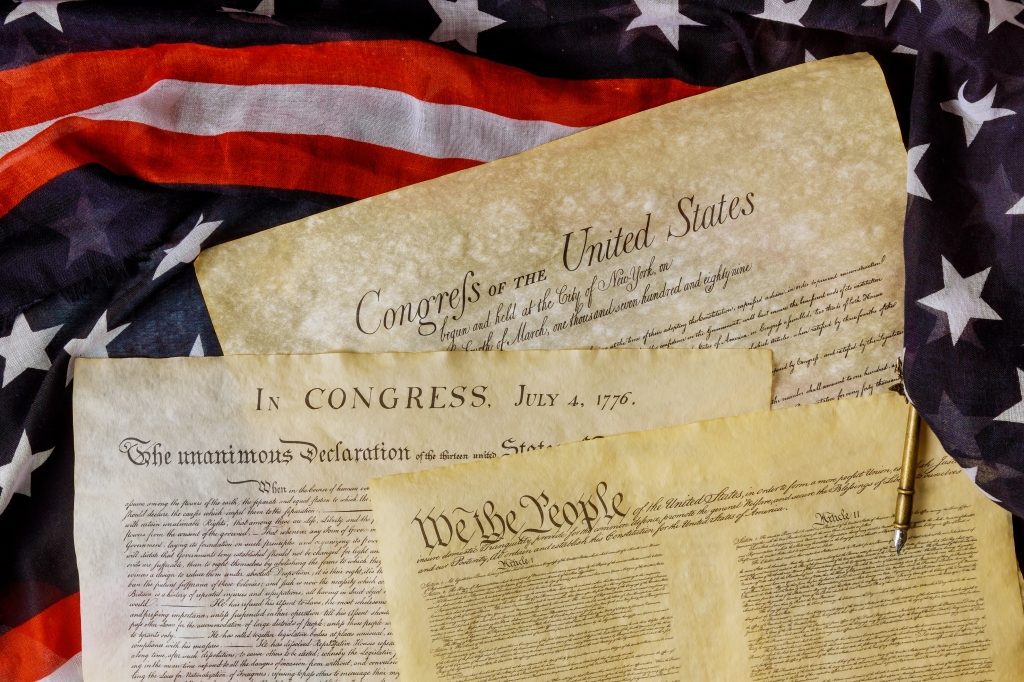 “United We Stand, Divided We Fall.” Although these words have been spoken throughout history, dating back as far as the Greek storyteller Aesop, their meaning still rings true today. These words have been used in speeches, on banners and in songs; they are on the state flag of Kentucky and have been the theme of many politicians.  Yet here we are, 245 years later, possibly more divided than ever before.

It is no longer a division between the principles of the North and South. Today we are divided along party lines, vaxxers and non-vaxxers, races, strait and gay, believers and non-believers, unions and non-unions, pro-abortion and pro-life. The list goes on. In fact, we could actually say we are NOT divided, we are splintered.

Our country provides so many opportunities, so many privileges, so many free choices…why then do we fight among ourselves? Why don’t we take lessons from the past superpowers of the world?  The Roman Empire was one of the longest and largest superpowers in pre-American history.  (As did China, Great Britain, the Ottomans and others) Yet they all fell from within.  Most historians will give you several reasons why Rome fell, of which all are prevalent in our own country today.  Here they are, not necessarily in agreed upon order of importance:

These same issues can be assigned to our country. This column is not meant to be a soapbox for my own ideologies, but on this day, the Fourth of July 1776, our Declaration of Independence was ratified.  Most of us can recite at least one of the lines of it, “We hold these truths to be self-evident, that all men are created equal, that they are endowed by their Creator with certain unalienable Rights, that among these are Life, Liberty and the pursuit of Happiness.”  But when was the last time you read the full context?  Skip the middle section (if you must) and get to the reasons why they declared their independence from a tyrannical government.

That part of the document is as applicable now as it was in 1776. It is written as “He” being the king of Great Britain, yet it can easily be exchanged with “our government” in today’s society.

Whatever you believe, or don’t believe, most Americans will openly admit that without some sort of Divine intervention, our country could easily fall into the category of fallen Empires in future history books.

The old saying goes, “Yesterday is the past, Tomorrow is the Future, Today is the Present-and that’s why it is called a Gift.”

Isn’t it time for us to unite and stand together?   United we CAN stand, but divided, we will surely fall.